We’re excited to announce the continuation of our partnership with WorldTour men’s and women’s Trek-Segafredo teams in 2020.

With the arrival of Nibali, KOO welcomes the greatest male Italian rider of his generation into its family. As a winner of all three Grand Tours, the man known as ‘The Shark’ brings with him insight, knowledge and racing acumen that will prove invaluable for the Trek-Segafredo team, and KOO’s designers, who are dedicated to developing the most advanced performance eyewear on the market.

Vincenzo Nibali, Trek-Segafredo rider, said: “It’s always a pleasure to work with brands that work with riders and value feedback, while having a product which consistently offers high performance and comfort means that I can fully focus on my racing goals!”

Alongside the men’s team with its headline signing, we will also continue to support the Trek-Segafredo women’s squad in 2020, which has added Dutchwoman Lucinda Brand to its lineup while retaining its core riders from 2019. These include 2015 Tour of Flanders and 2017 Strade Bianche winner Elisa Longo Borghini, four-time French TT national champion Audrey Cordon-Ragot, the UK’s 2015 UCI World Champion, Lizzie Deignan. 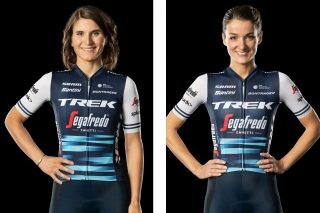 Both the men and women will race with the KOO Open Cube and KOO Orion sunglasses from the start of 2020, benefiting from the ventilation-focused design of the Open Cube and anti-reflective, gradient color technology of the Orion, powered by Zeiss Optics. The Trek-Segafredo teams will also be the first and only top-tier pro cycling squads to compete with KOO’s latest, cutting-edge eyewear innovations throughout 2020.

The 2020 season kicks off in earnest with the Santos Tour Down Under in Southern Australia with the women’s race taking place 16-19 January. The men’s race will follow on 21-26 January.

Luca Guercilena, Trek-Segafredo General Manager, said: “Continuing our partnership with KOO was a no-brainer for us. We enjoy working closely with them and have had positive feedback from the riders. We feel they are market leaders in what they do and like to pave the way when it comes to championing innovation.”

Ylenia Battistello, KOO Sales and Marketing Director, said: “Following a 2019 season that yielded some great successes for the Trek-Segafredo team and KOO, we are proud to be continuing our partnership in 2020.

We look forward to working closely with elite riders such as World Road Race Champion Mads Pedersen, who, alongside his team mates, secured a number of key wins in 2019, including Bauke Mollema who rode solo to victory at Il Lombardia and Lizzie Deignan who scored a triumphant win at the Ovo Energy Women’s Tour. 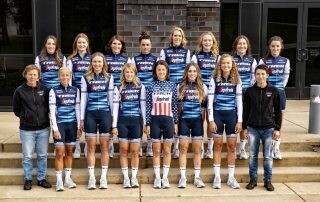 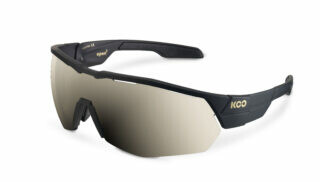 With easily removable and interchangeable ZEISS® lenses, the half frame model has added ventilation to ensure your vision is always crystal clear – whatever the weather. Weighing only 30g and available in small or medium.